What to see in the surrounding area 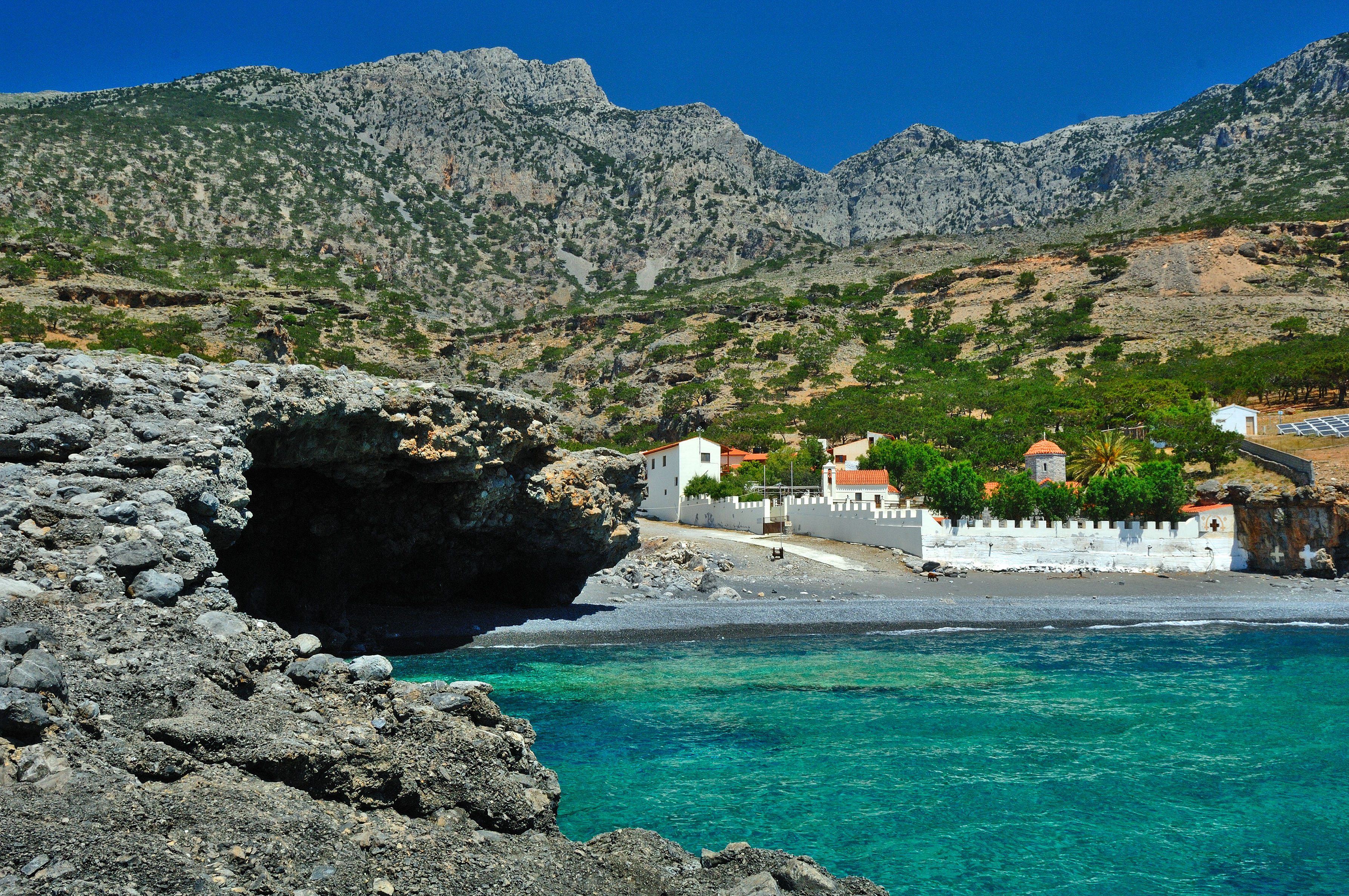 South of Kofina’s peak, inside a pine forest and just a few meters away from the sea lays the monastery of Koudoumas. The monastery was built in the late 19th century as a male priory, in the ruins of an older monastery which was abandoned because of pirate raids. It is dedicated to the Assumption of the Virgin Mary and celebrates every year on August 15th where a great number of believers come for pilgrimage.

The Monastery of Koudoumas played an important role during the years of German occupation, hosting and helping partisans to escape. The most important relics of the monastery are the miraculous image of Panagia of Dexiokratousa or Eleousa of Kykkos (and the icon of Panagia Ypapanti).

To get to the monastery of Koudoumas follow the dirt road leading to Kofinas and from there descend to the south in a landscape of astonishing beauty with windswept pines and cypresses.

The remote beach of Koudoumas Monastery 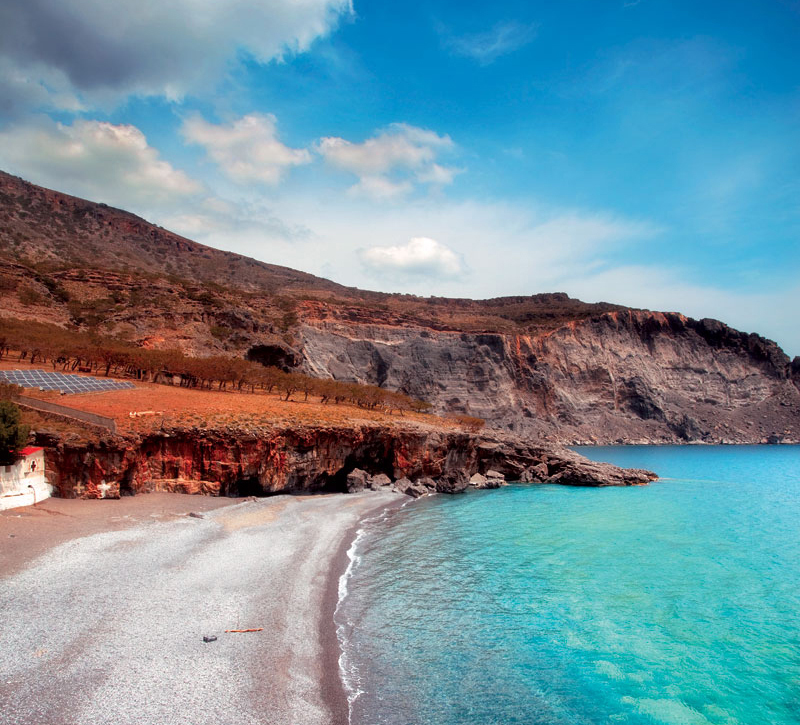 Combine your visit to Koudoumas Monastery with a swim in the waters of the beach located right in front of the monastery. The beach has fine gray pebbles and clear blue waters, while in the east there are caves where you can look for shade. Due to the proximity with the monastery, naturism on the beach is prohibited. From here you can choose to walk to the west for about 20 minutes until you reach the Avvakospilio, a cave with rich natural decorations (stalactites, stalagmites). In antiquity, the goddess of fertility was worshiped in the cave whilst in the most recent past it was inhabited by monks. From this point, if you wish so, you can continue even further to the west to Agios Antonios cave. 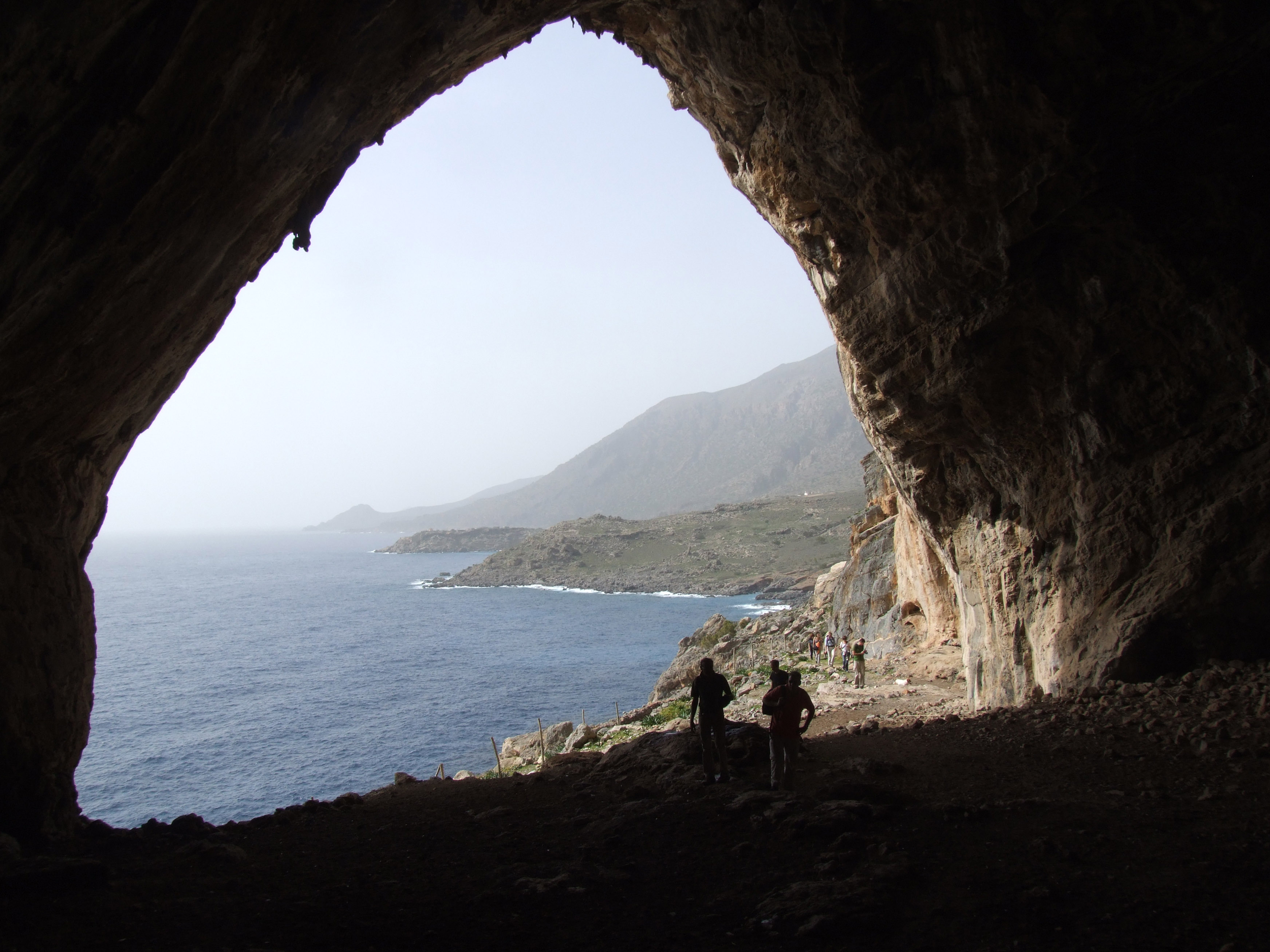 The hike from the canyon of Elygia to the Cave of Agios Antonios is an experience not to be missed! The landscape is rocky, but in unexpected spots green pines spring up while unspoilt little bays with emerald waters are constantly revealed. After about half an hour hiking you will see the impressive opening of Agios Antonios cave. Inside the cave you will see the small chapel and large carved basins with fresh, cool water. The view from the cave to the Libyan sea is breathtaking.

From this point on, should you wish to continue hiking, by returning back to the junction, take the path that reaches up to the monastery of Koudoumas. 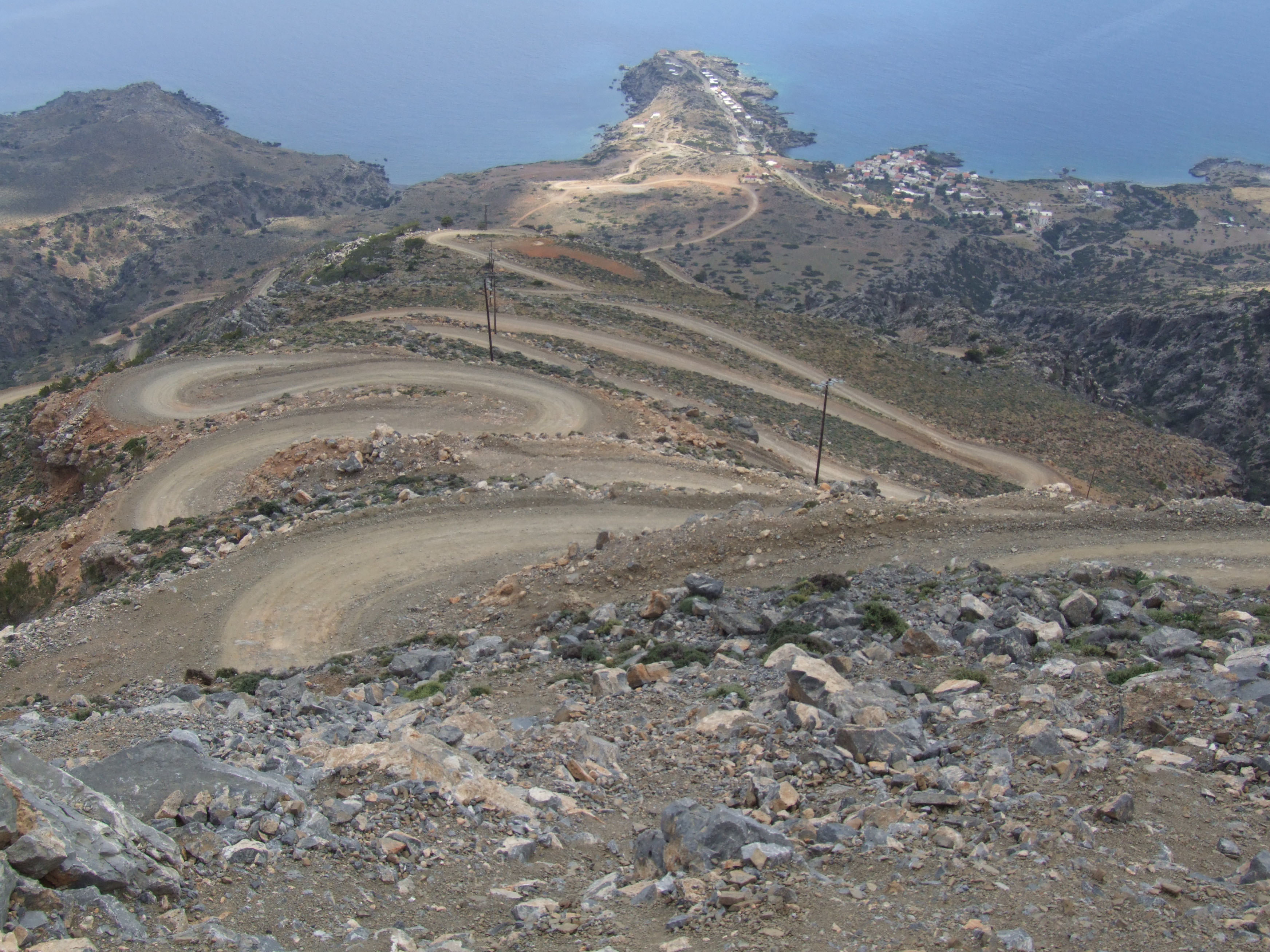 A dirt road of 8 km leads from Kapetaniana to the village of Ai Giannis, a route with many turns, incredible view from the top to the sea, inside a wild, spectacular landscape. The small settlement has been built on the peninsula of Ponta featuring minimal infrastructure (mini markets, 1-2 taverns) and a beach with small pebbles and turquoise waters. East of the village, you will find the most stunning and secluded beach of Elygia. Something that will surely impress you: the temperature difference in relation to the settlement of Kapetaniana is 7-8 degrees Celsius throughout the year!

In Ai Giannis it’s worth visiting the homonymous ancient monastery. The small semi-cavernous temple has wall paintings even on the outside of the wall, while the monks' cells lay in smaller caves. 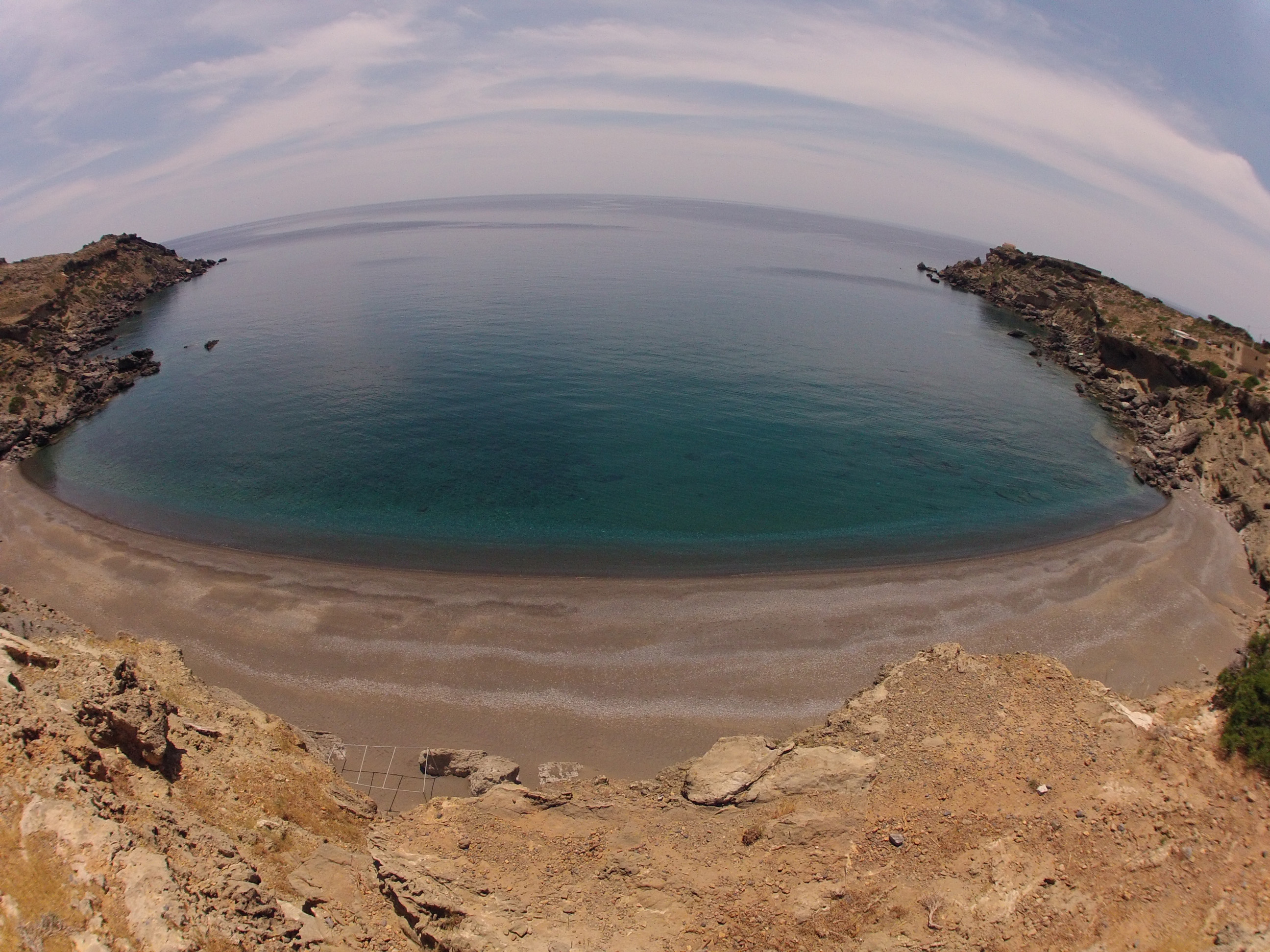 Elygia is located east of Ai Giannis settlement. It is a large, impressive beach with thin gray pebbles and blue waters and is the natural ending of the homonymous canyon which is worth exploring. Although located very close to the village, it attracts very few people as it can only be accessed on foot through a short and discernible path.

If you choose Elygia for your swim, make sure to bring along some water and some snack as the beach is not organized. If you like walking and exploring, from the eastern end of the beach it begins a path that leads to the cave of Agios Antonios and then to the monastery of Koudoumas. 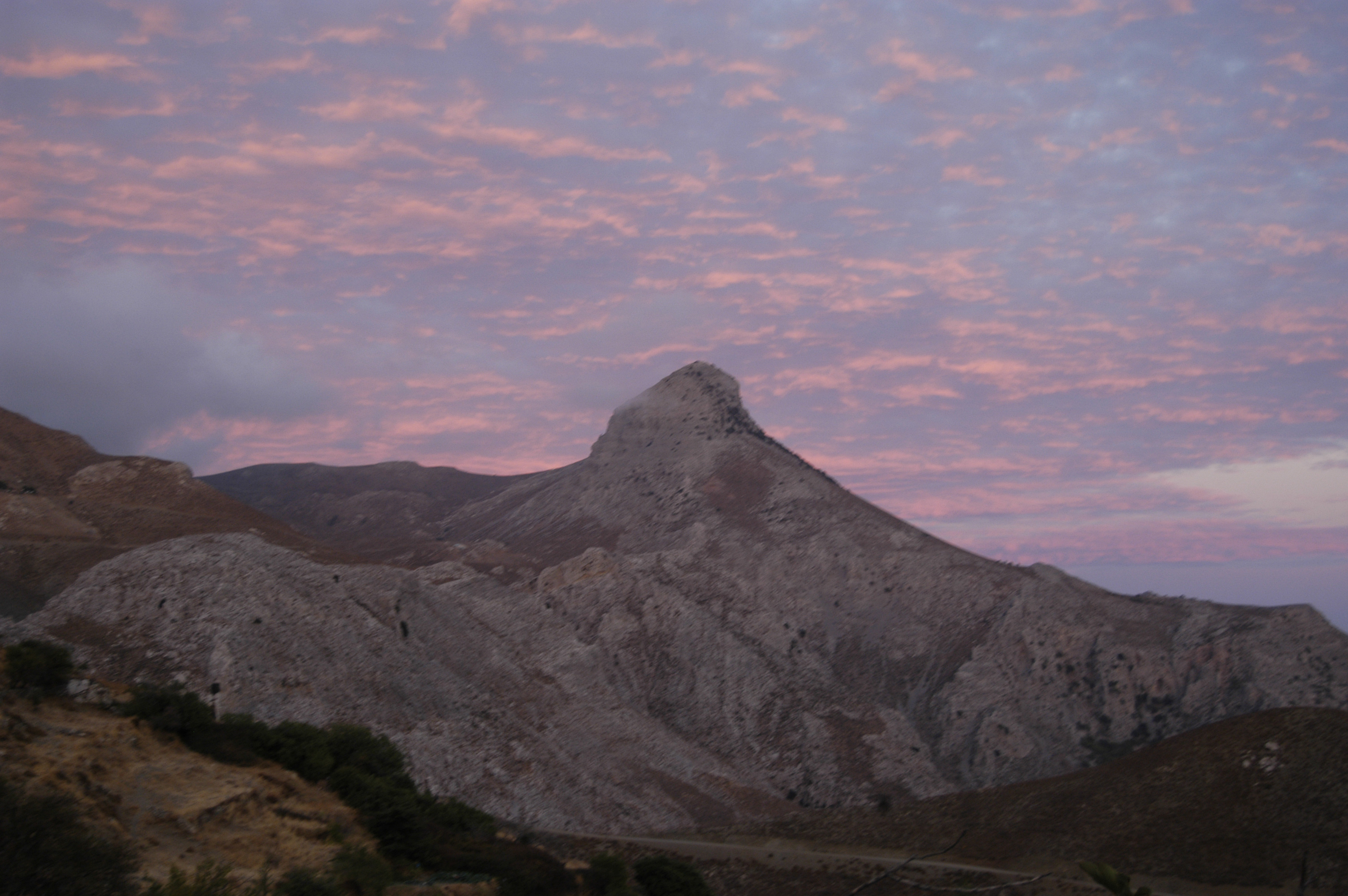 The sacred peak of Kofinas undoubtedly defines the landscape in this region of Asterousia. With an altitude of 1231m, it is the highest peak of the southern mountain range of Europe. In this peak, Minoans chose to establish a "peak sanctuary", a sacred place that flourished until the beginning of 7th century, to revert again in the Late Hellenistic period. Then, during the Christian years, religious worship found again its place in the holy mountain with the dry stone church of Timios Stavros (Holy Cross) dominating the peak.

The ascent to Kofinas is short (about 20 ') and follows a path which in some places is relatively steep, so special attention is needed and appropriate shoes. However, the view from the top that reaches from the monastery of Koudoumas till the coast of Asterousia will reimburse you, whilst endemic vultures of the most important ecosystem of the region, will be flying around you. Should it occur to be here on the 14th of September, do not miss the unique ritual performed at Kofina’s peak, during the celebration of Timios Stavros (Holy Cross). Upon the ritual that takes place, the fruits of the wild trees of the mountain get blessed and then shared to the people who ascend to the peak for the pilgrimage. It is a rare custom, a revival of "dentrolatreia" i.e. the worship of the trees, in ancient times. 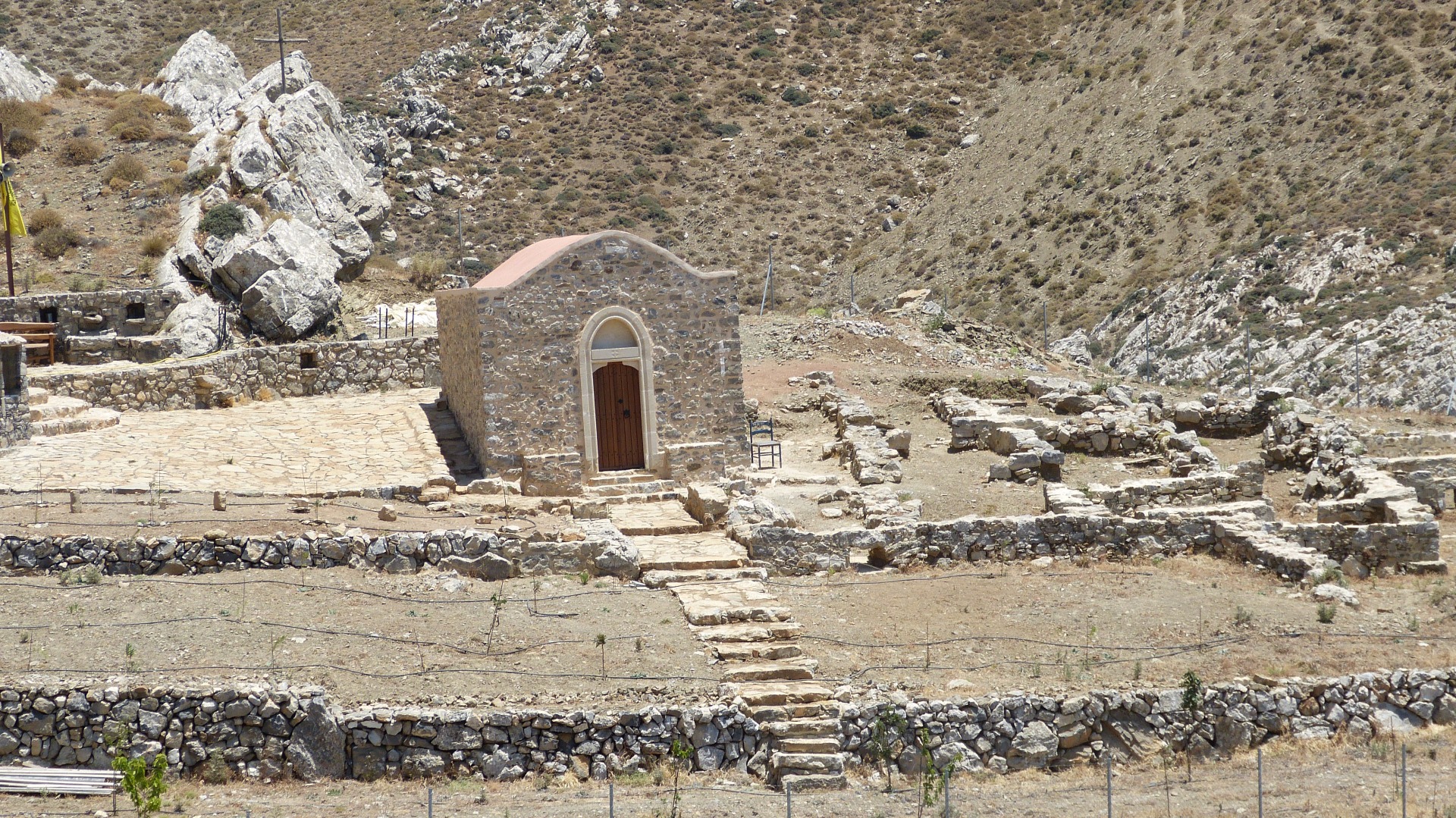 In Lousoudi, about halfway from Kapetaniana to Kofinas, lies the ruined monastery of Trion Hierarchon founded in the 14th century by a scholar monk, Joseph Filagris. Many liken the monastery to the "first Greek university" as it was an important center of literature and education. Filagris taught his students Greek philosophy, patristic, mathematics and founded a Scriptorium i.e. a literature laboratory in which he copied codices, manuscripts, parchments, patristic texts and ancient writers with particular preference to Aristotle, whose work was persecuted at that time in Europe. The relatively recent excavation brought to light the stone church and the ruins of the cells, the altar, the guest quarters and the scriptorium. Filagri’s manuscripts are preserved today in large libraries in London, Vienna, Paris etc. 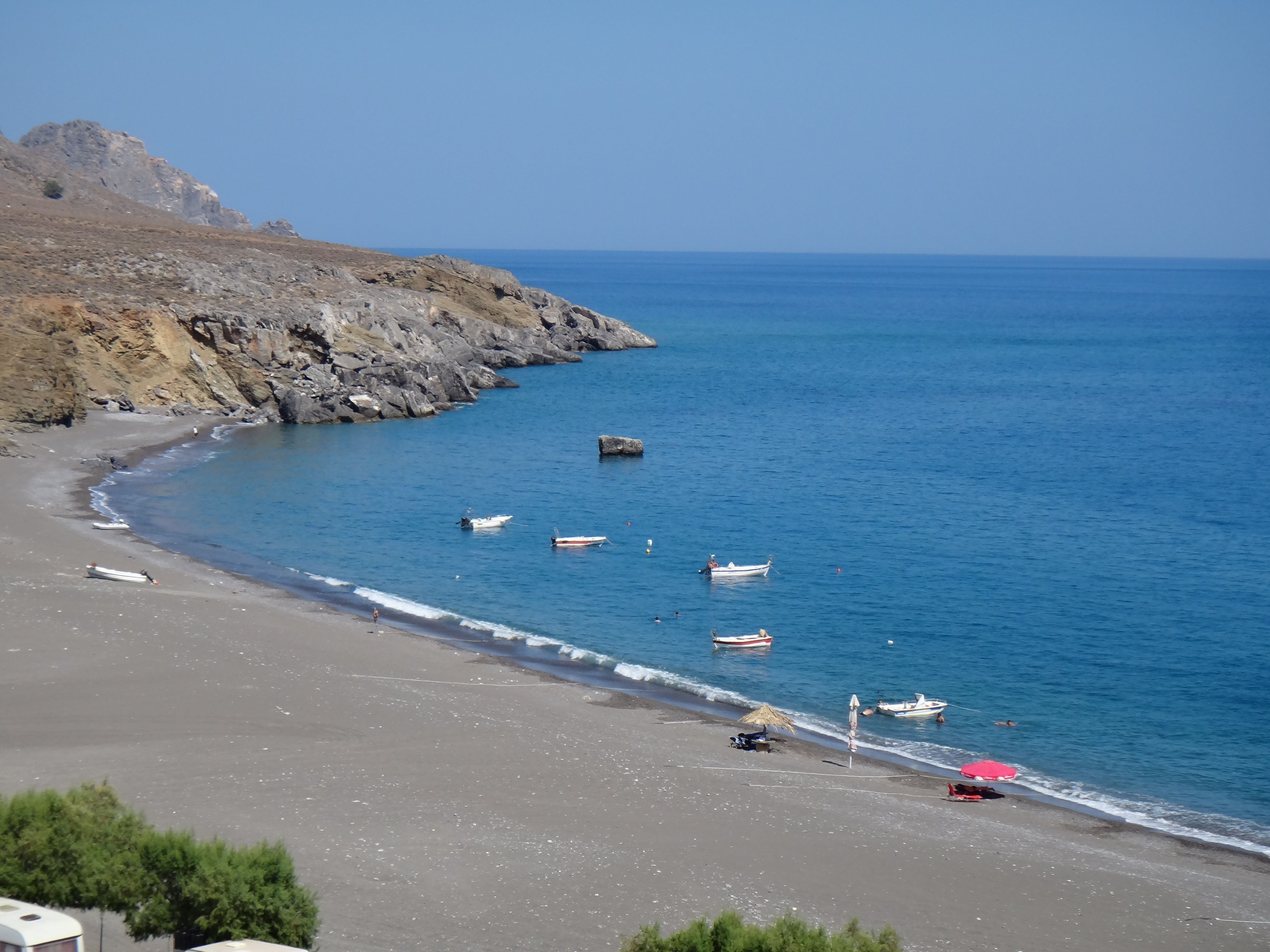 The beach of Tripiti is located at the end of the homonymous canyon, on the edge of a small valley. Beach and canyon take their name after the church of Panagia Tripiti, a small church located inside a cave at the wall of the canyon.

Access to Tripiti from Kapetaniana is made by a dirt road that crosses the rugged landscape of Asterousia and ends within the canyon.

The beach is big, with thin gray pebbles and crystal clear turquoise waters and several tamarisks that provide shade to bathers and campers. In the eastern part you will find more serenity if you want to isolate, as the beach is very popular to locals.

We are sorry but there are no specific special offers currently available... please contact us.

Find And Connect With Us

We publish the best promotions and events on social networking sites.